A General Announcement And Things To Come... 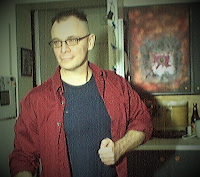 Just a new message to any readers that I have left here. After a good cleaning of my apartment and a little evaluation I decided to continue my work on What Different Eyes See a lot sooner. You can consider new posts continuing the story from where it left off as the Delegation head off to meet the Chinese and Taiwanese delegation. From there they'll be headed for Korea. I might have made a mistake in the current story timeline which I will correct to match this change. My original assumption that after Bryce Maxwell had made his (legendary) entrance was that the itinerary had changed but I have decided to go with the original itinerary to coincide with the Lunar New Year. The tensions should pick up as Heylyn will meet an old friend in Beijing that will setup part of the storyline of The Butterfly Dragon II: Dragon Butterfly. The rewrite for the current chapter will take place this weekend and continue in to the new chapter. This post will will be mirrored on A Lady's Prerogative site as well.

Also of note I have decided as well to pen a new tale for A Lady's Prerogative that will be integrated as a new section in the upcoming book A Lady's Prerogative II: Wounded Aerth. I can't say much about it except to say that it will cover the story of Evan Edwards of the Law Offices of West View and be about his past in England during the Civil war and his part as one of the elite cavalry units under the command of Oliver Cromwell. The legendary Ironsides. It's my tribute to something very precious to me.

There has been some devastating news in the case of Gemma Nuttall and her Cancer case. You can find out details about her case here. I'm hoping that for cases like hers and many more our there that soon such Cancer will be a thing of the past and curable like any disease. The day when we can scoff at Cancer as an inconvenience much like we do about colds. Thanks once again to the Prince Margaret Foundation and the Cancer Research Institute and the many medical Universities for making these goals possible. Thanks to the people and industries as well that inspired me to write The Butterfly Dragon series of stories.

Thanks for your patience and support,

I am Brian Joseph Johns and this is The Butterfly Dragon http://thebutterflydragon.blogspot.ca.
at January 27, 2017 No comments:

Hi again. It's been a while since I've posted a new update and I've delayed any further additions to What Different Eyes See until I can deal with the issue of stalkers once again.

I have a blog where I actually deal with that issue, expressing everything related to the anguish it causes and describing accurately their organized criminal methodology in Toronto, Ontario, Canada. I am posting this here because I'd like people to know that the person who writes The Butterfly Dragon is also a person who gets stalked, abused and has his identity stolen excessively not by people online but in person in his home city of Toronto, Ontario, Canada and despite the fact that I've sought legal assistance with regard to this crime, none has been forthcoming. This is not a delusion nor am I mentally ill or a pedophile, stigmas which gangs that do this sort of like to hide behind to keep their existence hidden.

I've been experiencing this for a very long time now but the worst thing about this crime is that those who do it actually steal the victimization and apply it to someone else in their gang, so my victimization benefits them.

I'm not rich nor have I ever pretended to be. My education is nowhere near that of someone like Professor Bryce Maxwell, Professor Mattu's or that of Professor Sangsorn nor do I pretend it to be. The gang tries to paint me as a fraud for the reason that I'm writing characters with a high degree of education but lacking that same level of education myself. I'm not a black belt myself like Heylyn Yates but I have studied multiple martial arts formally but am far from being an expert. I never was trying to give others the impression that I was. I was creating a world and characters to populate that world to convey a story.

I'm not on the "blue team" as some might say. This gang defines the color blue as meaning that what you say is the opposite of what you mean. I'm not a member of any gang that would define the color blue in that way. I say what I mean and mean what I say. Just to note that while writing this post I was attacked by the gang in my area prompting a loud response to their abuse from me. I think that if Professor Bryce Maxwell was in this situation for as long as I have been and mistreated by this gang for as long as I have been, he'd likely respond to it similarly, gentleman or not. This is a gang that believes that if they can get you to react with anger, that you have "the mark of the beast" or possess "Kane" blood rather than gentle blood. The motive for such abuse is so they can reduce you to their level so that they may share in anything good that you achieve, while keeping you away from those they don't abuse in this regard of whom your lover or love interest might be a member. Sorting people out by gentle blood and hateful or violent blood so that they can divide up a person's good and bad accordingly and worse, their right to attain success in life. Hence its an ideology that creates a market for abusing people who make the most effort because such people who conduct that form of abuse want to share in their effort as if they were part of it themselves. Abusing someone to the point of reaction is their means of doing so and there's no big secret to that. It should be investigated legally much more than it is. I am certainly not against anyone having a belief but I am against someone using that belief as a justification to abuse others and especially for the purposes of theft or stealing their victim's identity. I'm not a violent person by the way but I can be vocal when it comes to being abused. You get like that when it has occurred for years. There's quite a bit of racism mixed up in this as well because said group is often against Caucasian people being in a relationship with someone Mandarin Chinese, and that's the culture of my love interest.

I'm going to put the identical post on A Lady's Prerogative official blog so that it give some credibility to this activity as a whole.

The blog I use to expose this activity is at http://aboutgroupstalkers.blogspot.ca

Just in case someone does try to steal this blog or my books, I'm Brian Joseph Johns. I am 6 feet all and about 180 lbs. I'm fairly fit. I have green eyes. I'm 49 years old. I'm circumcised. I have no criminal record or prior criminal history so there's no justification for this. As I've said this criminal gang are attempting to swap my identity with that of someone else in the building or my home city of Toronto.

Hence, I won't be posting any updates to What Different Eyes See for about two months. Nor will there be any updates to A Lady's Prerogative for that time as well.

Oh and hate is not love and love is not hate. I'm not a member of any ideology called "blue hell" nor a part of any ideology that would subject someone to that.
at January 21, 2017 No comments: