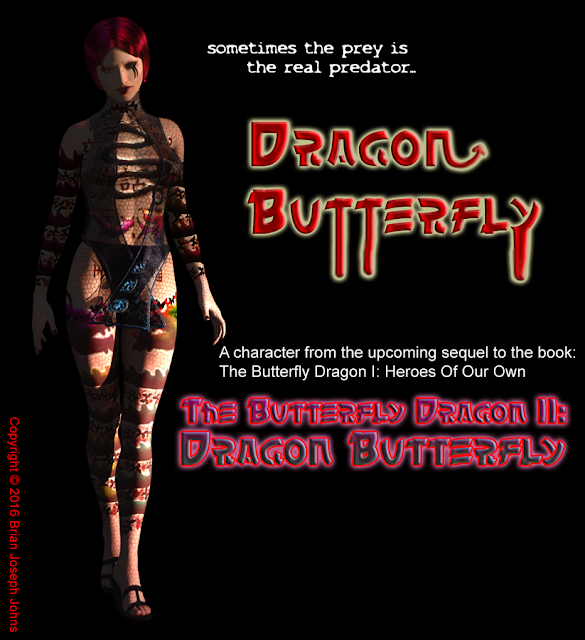 Created with Daz3D Studio, Pixologic Sculptris (for her face), Adobe Photoshop (all custom hand drawn tattoos) and Wendy Pusey for her high heels. Thanks to Ai Mei who helped create the 3D version of The Butterfly Dragon. Rendered with Nvidia Iray technology.


This is an image I made today after spending a considerable amount of time attending to the design of Dragon Butterfly and Valerie Aspen. I wanted a picture to showcase all of the Women together from the book (Dragon Butterfly doesn't enter into the storyline until book two). Dragon Butterfly could also be considered the nemesis to the Butterfly Dragon.

Valerie Aspen's costume in the end will be very simplistic more reflecting to her origins as a business and management professional who became a vengeful super hero after she was double crossed by her ex-boyfriend Greer Torman. Her power is enormous strength and endurance, making her the heavy hitter of the group.

The image itself was made purposely grainy to match the original backdrop image which was taken from my cheap camera. The Women were rendered separately and then painstakingly hand shaded for lighting accents. You'll notice a prominent landmark which marks their city of origin and mine, which is also the headquarters for the fictitious fashion company West Meet East International and Tynan And Associates (through which I run real bio-medical research by the way, having contributed to Cancer, E-bola and AIDS research programs all from my apartment through World Community Grid and Boinc).

The characters showcase work by other artists such as Ai Mei (http://amyaimei.deviantart.com) who gave the Butterfly Dragon her facial and body appearance and Wendy Pusey (http://www.wilmapsdigitalcreations.co.uk) whose clothing and fashion designs are used in some of the characters from the Dragon Butterfly's stilt heels to Night Style's and Valerie Aspen's tops. In the near future I'll upload some close-ups of each of the Women, especially the new ones. Still working on the artwork for the rerelease of the The Butterfly Dragon.

I forgot to mention that this was rendered using the very capable Daz3D Studio and NVidia Iray rendering technology.

I just watched the movie Dragon Blade and it was incredible! Jackie Chan (character Huo An) and his wife the multi talented Mika Wang (character Xin Ping and Star Wars alumni animator in Star Wars: The Clone Wars Episode 1) are exactly what I was thinking when I penned the background for Weltherwithsp in the first draft of The Butterfly Dragon II: Dragon Butterfly.

I saw the movie today and was floored by the performances of some of my favorite actors including Jackie Chan of course and John Cusack. Adrien Brody turns in a great performance as the nemesis in this film baring most of the ire and treachery. Xin Ping and Peng Lin (Cold Moon) are incredible and big as life as the heroic Women in Jackie's life. The supporting cast builds a believable cohesion that really comes to fruition throughout the movie.

A highly recommended movie for historical periodic pieces though I can't vouch for the historical accuracy it is certain that the Silk Road is a major influence upon Eastern and Western trade philosophy and an important element in the history of peace through commerce. Perhaps one of the most important lessons in that regard seeing as it is a trade route that predates the Pacific and Atlantic trade routes of the Imperial economy that links East to West. It certainly forms the foundation for what would become the most important aspect of world peace that British Imperialism founded and that was Global trade and the Global economy. Global economy has been the most important aspect towards Global peaceful coexistence empowering the use of peaceful economic sanctions before military force when in Global agreement through United Nations mandate.

I enjoyed it thoroughly and it was definitely my deceased Grandfather's way of speaking to me. Us. I'm sure my family would agree upon seeing the film. Him, and my Grandmothers are reading over my shoulder with every word I pen when I write for my books just as I'm certain Yi is in some way. He was a Jackie Chan fan (perhaps one of the eldest) since Jackie's early career in Western cinema. My Grandfather is a decorated hero of World War II, having run for a large distance with an injured infanteer on his shoulders into the midst of an enemy artillery barrage. He and the man he carried survived and he received a medal for having saved his fellow soldier's life. He served his duty for the entirety of the war only sustaining one injury as a Combat Explosives Engineer. Much like Jackie's peace loving character in the movie, he loved people and children of all cultures and was a Father and Grandfather to an army of Children and Grand Children. I can still hear his heavy French accent when I think about him. He most certainly was all heart and lived that way every day of his life.

Before his retirement he attained the certification of Master Carpenter without formal training (in his late forties), a highly prestigious role in the trades. He worked on many houses post World War II in Toronto and was highly respected by many building companies still in existence today. He would have loved that movie for certain and I'm certain that it was his tears that I cried watching it as much as mine. Thanks to cast and crew for that wonderful film and if I had one wish associated with that film, it would be that my Grandfather Joe was here to see it with me.

I think that he was. 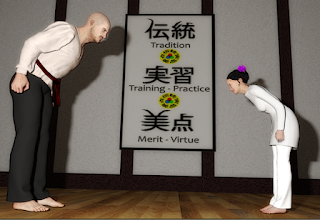 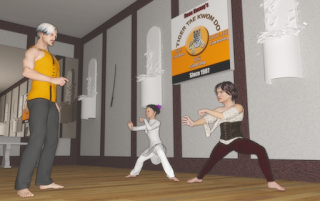 Reminds the butterfly that she is not alone. Part of something that is not all about her but about civic duty.
The Nine Steps 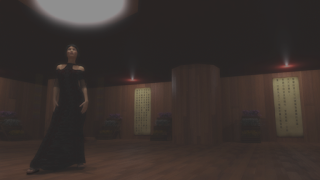 The sun comes up, the flower opens.
The light and beauty may now enter.
The sun goes down.
The flower closes.
She opens again when she is ready to love by the light of the moon.
But not before she has become...
.
Unafraid to be...
.
Herself
.
.
.
The Genius 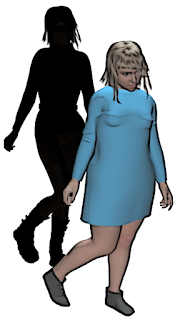 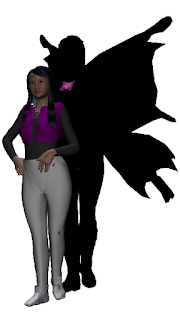 
In case you're one of the many people looking for ways to assist (and they do need help), this great article by MACLEANS.CA tells you exactly all the great ways there are to help the victims and evacuees of the Fort McMurray. From Donation to Accommodation offers to Food and Clothing donations and everything in between. Even if you can't help, just spreading the word might enable someone else to help.

A quick hello to the readers of this blog and A Lady's Prerogative. I've recently finished the rerelease for The Butterfly Dragon I: Heroes Of Our Own. The new release will be ready for full release in approximately two weeks. This book includes many new chapters and the background story for Ai's (Heylyn's) training and many new additions which tie it in with the upcoming The Butterfly Dragon II: Dragon Butterfly.

I've given out some early versions of the rerelease and there seems to be a lot of interest and positive feedback. I'm hoping that this will translate into enough demand to merit a printing of the book and possibly a graphic novel in the future. These possibilities are still in the planning stages but their potential is looking good so far.

I'll be taking a week long "holiday" outside of my home city of Toronto and should be back in a week or so. During that time I hope to see the work of some other talented artists in my life. So I hope to bring some more good news to the Butterfly Dragon and A Lady's Prerogative side of things soon.

Thank you and see you soon!