The Lost And The Found Part 6: Clash Inside And Out

The white haired man stepped forward to confront the lady he'd seen in the cargo container. She'd been very deceptive he thought, a tell tale sign that she was working with the forces of Lorr. She'd penetrated their defenses almost effortlessly hadn't she?

The adult Ai Yuanlin Ying flew the distance of the passage and into the assembly hall her wings glowing and stretching to encompass her target. She rolled to the passage floor landing up with her legs directing into a kick. She impacted Jasmer before he was able to respond and it was Yirfir that came to his aid. She let forth a bolt of coldness attempting to constrain the Butterfly woman.

The Butterfly dodged just barely under the bolt as it smashed into the wall on the opposite side of the chamber.

"Excuse me M'aam, but that's my friend." Monique said as she reappeared behind Yirfir grabbing one of her free arms.

Yirfir turned to face this new threat just as Monique transformed herself into a blinding light. Yirfir grabbed at her eyes as Jasmer dove to protect her.

"Besides, you're already on my naughty list for trafficking in people." Monique responded as Shaela delivered her retorte.

"If you really were as bright as you are verbal, you'd have figured out that we're trying to stop them!" Shaela directed her hand emitting forth a dark cloud that dimmed even Monique's bright light.

Mila stepped in to cast one of her pieces of artwork rendering Monique into it like a prison. It was a maze however the perspective had been skewed in such a way that one could not tell which direction was up or down. Monique clung to the walls as she struggled to find her way out of the newly emerged structure as it grew to take up the space that filled the assembly hall.

Feylashar had made it to Yirfir and Jasmer by the time the maze had enveloped them. She immediately tended to Yirfir's eyes returning her sight once again.

Meanwhile Xenshi, Xushu, Sato and Jeong Soon had moved forward to contend with the Butterfly lady on her own grounds. All three were martial arts experts each from a different school of training.

"Four on one? Is that how your instructors taught you to compete?" Heylyn asked them.

"This is our home where we live in peace. You came here uninvited and laid siege upon us." Jeong Soon reminded her.

"You laid siege upon me by trafficking in people." Heylyn accused Jeong Soon.

"We are not the ones responsible for the travesty you left behind. Hear us out and this might save us this confrontation." Sato asked of her.

Heylyn calmed herself as she evaluated their reasoning. Inside her head another war was being waged by Lorr.

"Don't listen to them! They are deceivers! They are playing you and your friend! You will die by their hands if you let your guard down!" Lorr said to her psyche.

"You're playing me! You just want me to let my guard down!" Heylyn replied to Sato setting up her defensive stance.

{I recognize your form. Your symbol. You are from the field. You arose from a cocoon after many years of virtuous study. You are the Butterfly. The Butterfly Dragon.}
"我承認你的表單。你的符號。您是來自外地。您可以從繭經過多年的良性學習的出現。你是蝴蝶。蝴蝶龍。" Xenshi said to her in their ancient tongue.

{You bear the likeness of one of the spirit forest dwellers. The legendary Xenshi and Xushu. The two winds. The only winds that one will find in a forest.}
"您自行承擔精神森林居民之一的樣式。傳說中的Xenshi和徐庶。這兩個風。只有風的人會在森林裡找到。" Heylyn responded recalling the spirit lore taught to her by Jin Hua.

{Then we are acquainted and almost friends.}
"然後，我們所認識和差不多啦。You must trust us enough to hear what we have to say. All of us." Xenshi responded patiently.

"We are trying to stop the traffickers as much as are you and your friend. We have been investigating this particular operation for over a year now. We set up to conduct the rest of the investigation from the aspect of the captives. Those being trafficked so that we many find the missing link. The headquarters of their entire operation." Jeong Soon explained to Heylyn.

"Missing link... You mean the Island of their operations. We busted up that Island a year ago. Alomera Zek and Grier Gus Torman were the masterminds. The vessel we were on is part of their former empire. They have no headquarters anymore." Heylyn told Jeong Soon as Jasmer and Yirfir arrived.

"That is where you are wrong. They do have a headquarters and it has to be large enough to support the majority of this operation. We are not just talking about the trafficking of people from Asia but also other sites in the Atlantic seaboard as well. Women and children. Some men too. Many are trafficked into prostitution or slave labor or worse. Trading in unwanted children or kidnapping victims like the captives we've seen on the boat. You must believe us." Jeong pleaded with Heylyn.

Monique held onto the side wall of the maze making her way around it towards what she hoped would be the end.

"Help! I'm caught in a surrealist painting! Help!" she screamed.

Barris had become caught up in the maze as had Mila when it grew too quickly for Mila to tame. Jexelen and Athandra were beside them pressed up against the walls of the maze unsure of whether to move.

"Mila honey, I know I've been saying that we need to go on an exciting vacation but this is not what I had in mind..." Barris said clawing the walls of the maze watching the girl they'd trapped precariously try to make her way to safety.

"I'm doing my best to try and undo this but the laws of perspective are a bit off." Mila said as she writhed with her hands in attempt to break her spell.

"Maybe you could try another style? How about cubism? Wait! Scratch that! How about surrealist? No! Uhhhhh? How about a family portait or something?" Barris suggested.

"You mean like Norman Rockwell, Right?" Mila asked him.

"I don't know. I'm already lanky enough as it is without being a Norman Rockwell painting. I certainly don't want bigger ears either." Barris said uneasily.

"How about Andy Warhol?" Mila asked him again.

"Hold it! I will not be turned into an Andy Warhol painting in the Sanctum!" Jexelen shot to Mila as she desperately clung to the walls.

"How about Raja Ravi Varma? " asked Athandra who had managed to stay somewhat calm.

"A great idea. His painting of the human form is flattering to say the least. Any other suggestions?" Mila asked as she made another attempt to return them to the assembly hall.

"I am African! I do not want my form filtered through the interpretation of an Indian artist! I am proud of my heritage and my blood!" Jexelen said defiantly.

"To be depicted by an artist of another culture is a great privilege and honor! After all, it is someone seeing you through the barriers of language, cultural symbol and appearance to find a common ground of some form. Like we're both alive. Why don't you just give the India versus Africa competition a rest! Besides if we go with Raja Ravi Varma that means we're all going to be reinterpreted through his style, not just you. Besides I could incorporate Joshua Johnson if you like? He's an African American artist from the late 1700s and early 1800s. Remember though that we all have identity, not just you. It can humble us to see ourselves through the eyes of others just as well as it can elevate us. Look at artists like Chen Yifei, Debora Teo Linang, Basuki Abdullah and Liu Linghua. What about that Canadian artist's collective, the Group of Seven?" Mila reminded Jexelen.

"Honey, I feel very very very humble right now if you catch my drift. I think my leg is twisting back in such a way that I could scratch the back of my head with my little toes. Please do something quick!" Barris said startled at the effects of skewed perspective.

"Alright. Do what you feel is best to remedy us of this current obstacle but I'll have you know that we'll be discussing this in the assembly in the future." Jexelen said impatiently.

"We all will. Let's be a team rather than work against one another." Athandran said in Mila's defense.

"Help! I think I'm turning inside out!" Monique yelled from somewhere within the maze.

Mila frantically waved her hands in a gesture summoning forth her weave to undo the magic of her perspective skewed painting. Slowly the maze twisted as the very fabric of space curved to return perspective to something dimensionally more familiar. As soon as the perspective was lost the maze disappeared and they dropped a short distance to the floor of the assembly hall.

Meanwhile, the Butterfly Dragon stood her ground while listening to what Xensh, Xushu, Sato, Jeong Soon, Jasmer, Yirfir and Feylashar had to say.

There was a moment of silence as Heylyn reflected upon their words. A moment passed when suddenly she fell to her knees grabbing at her head in great pain.

"Do I have to do everything myself!" Lorr's voice spoke through her.

"I am sorry but you shall not while I'm on guard. You'll find me to be quite smart and even harder than the hardened heart on her breast plate." the large figure of a Dragon erupted from aura and into the Sanctum.

Lorr stepped our from the darker half of her aura.

"You have unraveled my plans once again, no matter. From within these walls I shall free you all from your wretched lives."

"Not while I fly in this air shall you strive to cause harm to any within or without. You may be of Eld but lest you do well you are weak to powers of life and love." Weltherwithsp confronted the Power lord face to face. 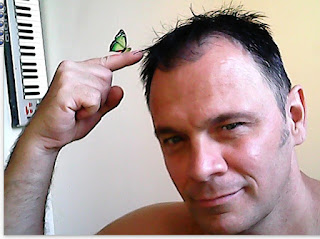