Well after a day of a lot of hate attacks from my neighbours, and after a rant (they usually attack in numbers after I release something trying to imply they were "controlling me" into creating what I'd created), after a night and afternoon of my ranting their abuse, I managed to turn the energy around and produce these: 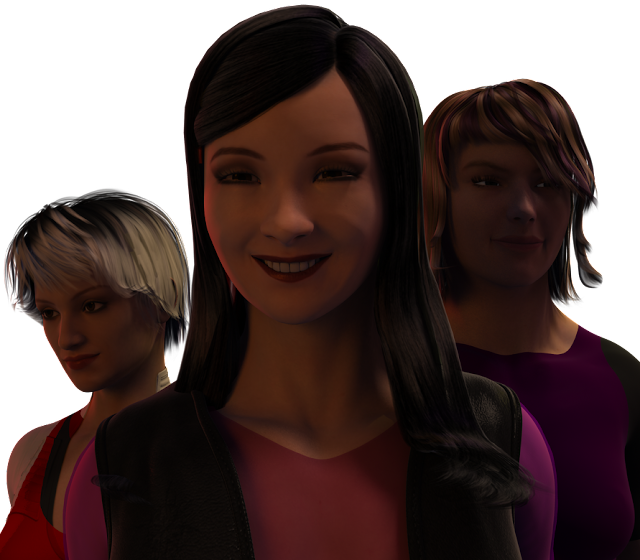 The first group photo from left to right of Monique Defleur, Heylyn Yates (aka Ai Yuanlin Ying) and Alicia Westin all created in Daz 3D Studio. Heylyn's model is 60% ShareCG user AiMei (amy_aimei). I'd like to thank her for the use of the model in this character morph.

The Alicia design is coming along well, though the costume is going to take a bit. I was thinking something with a stylish trench coat (much like a lab coat but dark violet), a tight body suit with some relief work on it resembling hardened kevlar. Most of the colours would be dark violet and dark gray to black. Her boots would be tight sport boots, laced to just below her knees. She'd wear a mask much like Heylyn's only much smaller.

Here, I've fleshed out Monique with a few facial close ups. She's an aspiring model with super model potential, though she's her own worst enemy at the beginning of The Butterfly Dragon II: Dragon Butterfly. She has a nice petite figure, that presents her client's fashions well on the fashion runway. 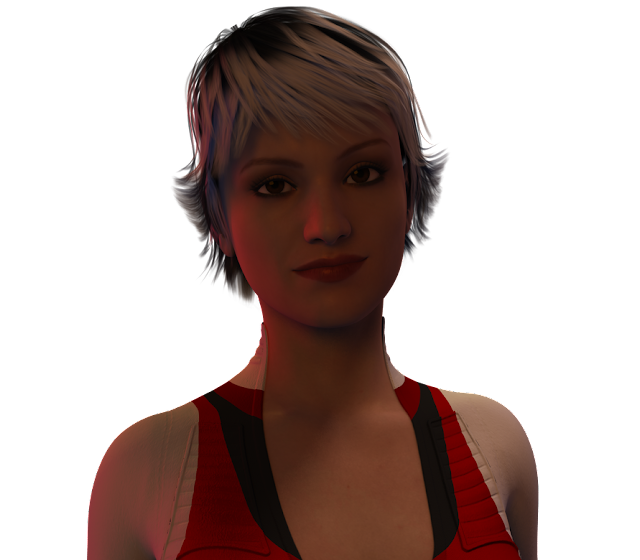 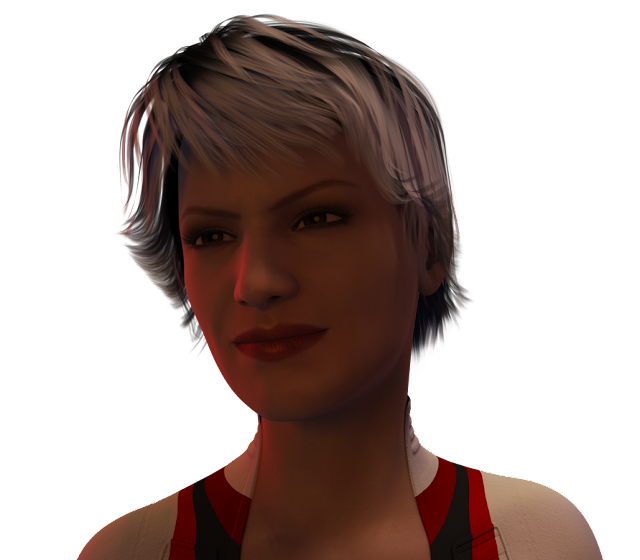 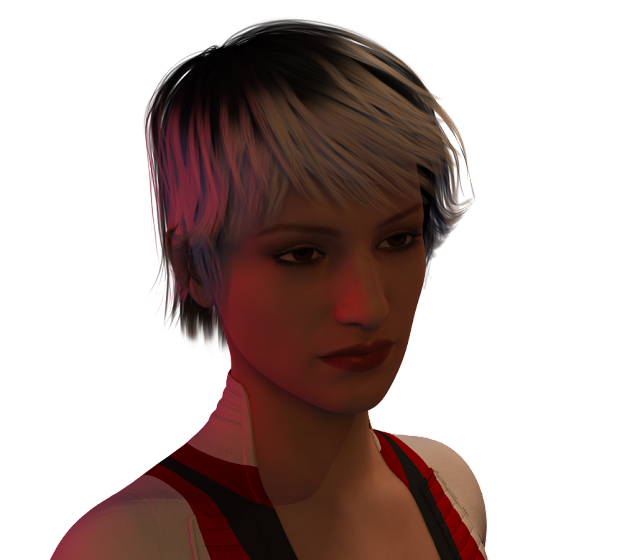 Heylyn of course is more present behind the scenes during the daily efforts taking place at West Meet East International. As a designer, she spends more time working on her designs and coordinating some of the shoots. She`s very beautiful and well centered (a result of her early home life and martial arts training). As such she handles stress very well.

During the late afternoon and evening she's usually off exercising (perhaps at her Karate classes) or playing tennis with Monique to break the day's stress. At night, she patrols the city as The Butterfly Dragon. One of her powers is flight, which is possible via her aura (a glowing energy surrounding her while around her back it appears as undulating butterfly wings). Her aura produces a natural field that can suppress or amplify the charged particles surrounding her, enabling her to propel herself through the air at will. 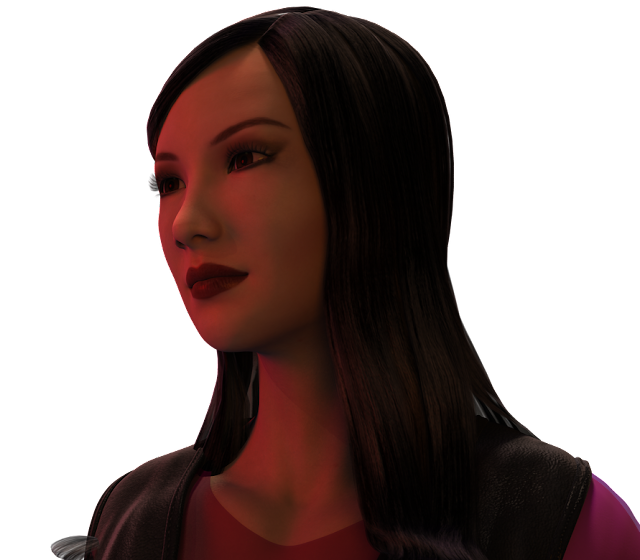 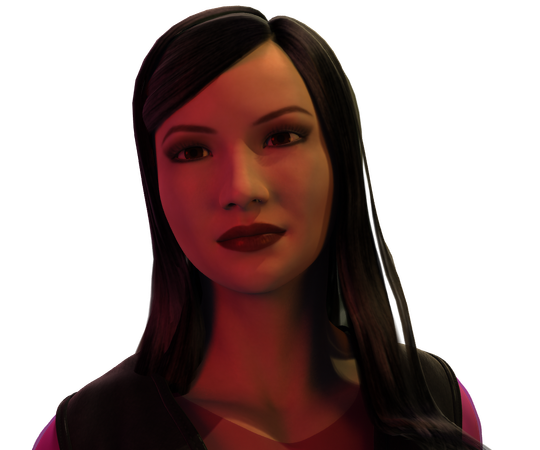 Alicia Westin is the lab researcher who creates the SY-349 formula at the Tynan And Associates funded research lab while investigating possible treatments for muscular and tissue degenerative diseases. The treatment takes the form of a pill and a spray bottle application, which is applied to worn clothing or even jewelry. The effects of the pill and the sprayed formula imbue the wearer with abilities or depending upon how the clothing is fashioned, cure a variety of health issues (based upon the modifications to the chemistry of the pill itself as well). Alicia discovers this and tries it first on a night wear suit Heylyn gave her as a special gift. Alicia tries it and becomes Night Style, a crime fighting superhero using the formula on herself as its first test subject.

One of the first effects it has, is to modify Alicia`s physique, so when she starts to don the suit, her body slowly reduces in size (she`s a little bit heavier and slightly conscious of her weight). By the time the effect has completed its modifications, she has the body of an olympic athlete and the reflexes of a cat. The more she wears the costume, the more permanent the effect is upon her body though there`s a price as she later finds out. 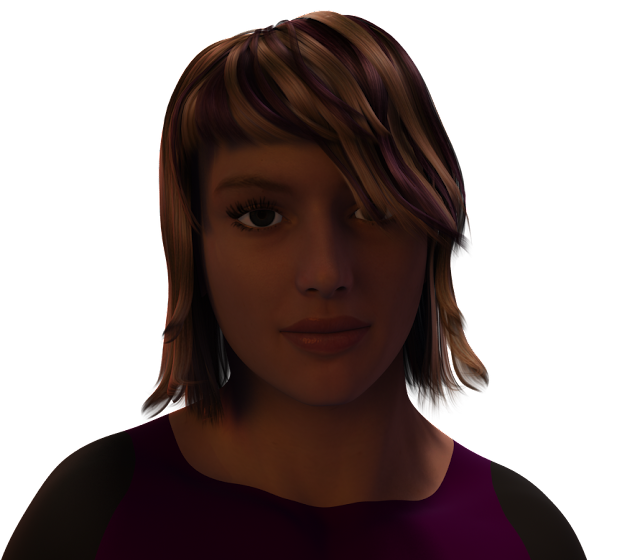 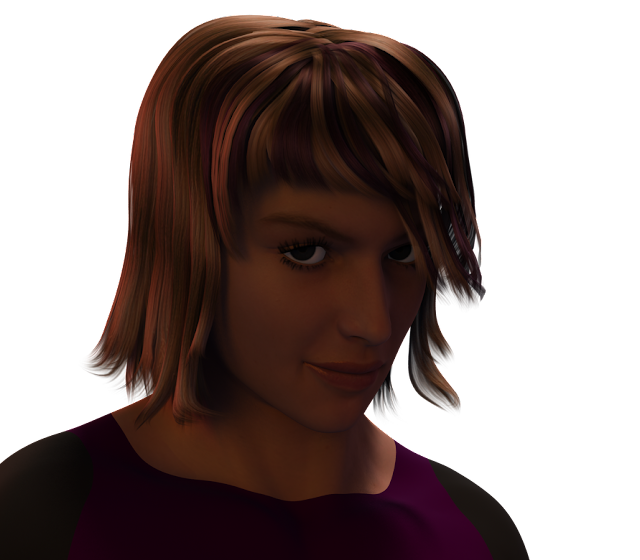 Anyway, I`m off to fend off the last of the gremlins and then I might continue work on some more character designs, watch a movie or play a video game before calling it a night.

I hope that your weekend went well and all the best to the athletes at the Pan Am games from around the world. Thanks to Daz3D as well.