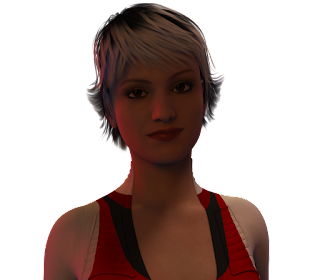 Things have been great since our return from Treadwater. I've got a great boss and a dream job and having met Derek, I've got a cute hunk too. Finally someone who can keep up with me in more ways than one.

Heylyn has become a close friend and mentor both as my employer and as the Butterfly Dragon. I wouldn't say that I'm her sidekick so much as I'd say that we are a team. When we patrol the city, we need each other. Not just for our own protection but because we each see differently than one another. You know? Like she might see something going down that is totally wrong that I never would have recognized from the air. Not from our eye sight but from what she calls our mind sight. The sight we have that comes from our experiences. Our memories. What it feels like to be wronged in some way. To remember our pain or someone else's. When she explained it that way, I understood her completely. She was saying that she was just as blind to the things that I'd notice as I was to the things that she'd notice. Which brings me to what I'm writing here dear Diary.

We'd been working on an upcoming fashion show together when it came to her attention that someone had been counterfeiting her designs. A lot of street clothing that had was taken right from some her summer wear show from two years ago not to mention a number of other lines. She shrugged it off and gave it to her Lawyers. That's how she is. Let someone else whose area of expertise it was to deal with such problems handle it.

A few weeks later her Lawyer had approached her with information about the counterfeiters. They were in fact part of the remnants of Torman's gang. Some of those who'd managed to get off on an alibi had managed to dig in and merge with a trafficking business. So naturally I told Heylyn that drug trafficking is pretty common still despite the outcome after Treadwater. Even without Torman around the street would protect it. After all, I had a boyfriend who was armpit deep in that life though I'd never known. He even tried to get me working for him as a... Lady of the night I'll just say. That's exactly when Heylyn happened into my life as if by serendipity. She rescued me from a life where I could have ended up a street walker.

Instead I walk on the lanes of a fashion runway where I'm rewarded for ability to project someone else's art on the art of my own body and being. Heylyn explained it that way to me. I'm in charge of my own life. I have a condominium of my own. I even make the mortgage payments myself. My condo is beautiful, with all new walls and floors and everything! I've got a fridge and an awesome stove! I'm even learning how to cook for the first time. Heylyn rescued me from that other life. From Samias, my ex. One of Torman's cronies I'd later found out. So he'd been on this trafficking deal at some point and I reminded Heylyn that it was common. I also told her that I was sorry that her clothing had somehow ended up as counterfeit goods at the hands of these punks.

That's when she told me that they weren't trafficking in drugs. They were trafficking in people. Young. Old. In between. You name it. It was mixed up in both citizenship extortion and sex trade trafficking. Citizenship extortion is when someone is promised citizenship at the receiving end of their journey only when they arrive, they are forced to work low paying jobs, many illegal and often in sex trade to "pay for" the legal representation at a citizenship hearing. For many of the people both Women and Men it takes years to pay for this supposed debt which to the rest of us is a right. If they don't pay, the scumbags report them to immigration and have them deported after they've taken all of their money. They're sent back to where they came from after having spent years of savings to pay for the trip. The scumbags having made them work for nothing because they essentially stole it all.

I've never seen the Butterfly become angry but when she told me that, I could see the Dragon looking at me through her eyes. Fierce and full of wrath. I didn't talk to her after that for a while. She frightened me but I'd never let her alone. She changed my life. I'd protect her with mine if I had to. So I waited for her to become herself again. It took a while and when she did finally return, she asked me for a favor.

Well not really a favor because we are superheroes. I mean she's the Butterfly Dragon! She's an ancient martial artist master who can see through walls, see everything around her, heals very fast and has skin as hard as Dragon scales. I've seen someone shoot her at point blank range with a shotgun. Her skin instantly shelled up into rows of scales. I had to dodge the ricochet by turning into a shaft of light so the bullets would pass through me.

Me? I'm the Eclipse. I started as the Strawberry Eclipse I guess because I love strawberries, and because as Heylyn would put it, if there were strawberries around when I was around, now you see them, now you don't. Kind of like me. When I make an entrance I really make an entrance. I can come in as a shaft of light. I mean brighter than the sun. So bright in fact that it blinds most people whose eyes aren't protected. They're usually grabbing onto their faces by that time. That gives me time to convince them that they should just give up while they're still walking before the Butterfly Dragon arrives. Though she's merciful, in combat she doesn't take time to moralize your part in the proceedings. If you were supporting the baddies then you're just as bad. Especially if you were benefiting from them and their actions.

Sometimes though I like to come in dark. Incognito. A flying shadow or cloud or dark fog. Someone or something you don't see. From there I might flash you and I don't mean like naked or anything like that. I mean become really really bright again. Once again if you're a baddie you're blinded. I deal with you and hopefully before the Butterfly Dragon shows up because she can really dish it out. She doesn't even break a sweat. All in all we work together as a team. I'm not her sidekick or pushover. I'm her friend and more importantly I'm her ally. So don't mess with the Butterfly Dragon or the Eclipse. I dropped the strawberry part. Except when we're helping kids. Then its Strawberry Eclipse all the way. Most of our enemies arent't impressed by strawberries. I guess it makes a funnier story for the kids when they're told the bad guys were beaten by a strawberry. And a Butterfly. Strawberries and Butterflies. Love always wins and that's the proof. When it gets really bad though we have to pull out the Eclipse and sometimes in the worst cases, the Dragon.

So about this favor. What did she ask me dear Diary?

She asked me for the first time in my life to pretend to be someone that I was not. To go undercover. To infiltrate these traffickers and get close enough so as to get at information related to their operation both here in North America and my beloved city of Toronto, and their connections overseas in Asia, the Middle East and Europe. She asked me because. Why? Because I had life experience in that neck of the woods as she put it.

I looked at her in amazement. She'd never valued my street wisdom or my savvy on that side of the fence. After all she grew up in suburbia. Isolated from the worst of what I'd seen though I never told her that I only saw it from the time I'd left Montreal to come to Toronto in search of my own life. At the ripe age of nineteen I'd left home despite the protests of my hard working Ukrainian Father and my Homemaker French Mother. I left after finishing high school and went hoping to work and live in Toronto. That's where I met Samias. He wasn't exactly my type but he was mysterious. Dangerous. Confident. All the things that really turn a nineteen year old girl on. Especially one like myself. Fresh from home and out in the world to find her place. Unfortunately I'd found him.

He was used to playing Women like myself. Young. Gullible. Impressed by his false sense of confidence. After all he was in Torman's gang. He was protected by his brothers in the gang. He had protection from "above" in the form of Torman's right hand man. He had power that he was hardly worthy of and that he'd never deserved. One of those street dealers who'd managed to keep it well hidden while he'd been running prostitutes as well. I had no idea of what he was really up to. I saw a confident man whose sense of impenetrability came from his gang, not him. He was not a man at all. Just a cardboard cutout for one. Like many of Torman's gang, using people until a point had been reached where they could "cash in" on that person in some way. They're a bad bunch of people but hey, most of them are doing time now and hopefully learning something in the process. Like maybe to take a different path like most honest people.

So Heylyn asked me the favor and that's the moment when I really understood what Heylyn was asking me. She was asking me to investivate a bunch of slimeballs who'd use the same methods though against newcomers, many from Heylyn's native culture of China making them pay for the service of being ready for citizenship after selling their bodies for years as prostitutes or sex trade workers. That means mothers and daughters alike. Most from abroad and some domestically who were run by this gang as sex toys for their paying customers.

Kind of like what Samias had tried with me. That was when I understood why she'd asked me. Little did I know that it would be the most intense experience of my life. One that I could never describe and hopefully dear Diary, you understand this fully because if you can make sense of it, then perhaps there is hope for the future and the Women that Heylyn was trying to protect. I'll explain more in the next entry though its a pretty complicated story. There are many people involved too and many strange things as well. Some even stranger than us with our super powers. Can you call a story a story when it's real? Something that really happened?

Yours Sincerely and Forever,

Monique Defleur aka The Strawberry Eclipse 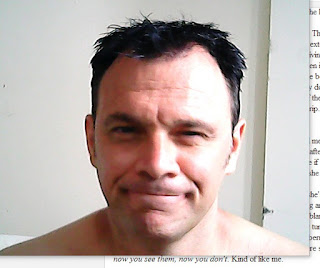