The Lost And The Found Part 2: Insertion 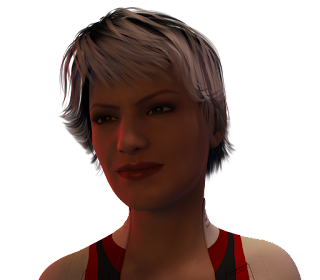 Monique's Diary, June 4 2008
Dear Diary,
This is probably going to be the last entry for a while. I've got to go and do that favor for Heylyn. We're actually going to do this together and she's been nervous about leaving her company for such a long period of time. Our cover is that we're going to the United States for a fashion retailer's convention in Las Vegas of all places. Instead we'll never get there. We'll be trying to get inside of the trafficking ring as cattle (the slang name they use to refer to their merchandise). We've made an arrangement through a private investigation agency to provide intel to the local Police and a larger Federal investigation for their use to build a case against the traffickers.
I'll be a going as a Ukrainian immigrant who was abducted in France and shipped to Canada. Thankfully my Ukrainian isn't too bad though my French is better. I should be able to pull it off. Heylyn will be going as an abductee who purchased passage to North America from the traffickers and ended up with the general population cattle.
Now the thing is that most people aren't aware of this ring, and the ones who do often treat the cattle like they're not people. Literally like cattle. For sex trade. Some make it to those kinds of jobs. Some are given away to paying customers as gifts. Like prize wives who will be thrown away or even snuffed out if they don't obey their new "owner". They connect with the local sex trade (which is not illegal) but many of the Women involved don't make such a choice out of their own free will to do so. They're trapped and forced into it. In some cases addiction becomes the prime factor. Getting her started on an addictive substance might make it easier down the road to get her working as a low paid sex trade worker. So the trafficking ring and the local street level sex trade work together. When cattle gets away from one, the other acts as the safety net making sure that the whole ring is not exposed. 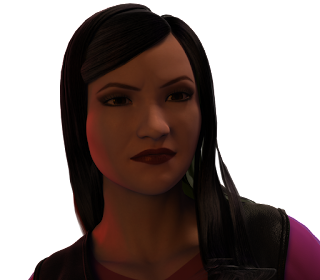 So some Women locally get trapped as a result of income level, lack of education or their peers whom most often are knee deep in it themselves. They're played by a group of people who really know what they're doing when it comes to trapping a Woman in that way and yes, they try it sometimes with Men too. These are Women that have nowhere to go if they lose this so they don't rock the boat either. Besides many of them by that time are dependent upon a substance and I'm not talking about food, water or air. So if they escape they have nowhere to go except down. Most don't want to escape anyway and will actually sabotage the efforts of those trying to liberate them from that life. They become addicted to the lifestyle and lack the will to liberate themselves most often because they have no idea that there's a different world out there. One in which they are valued as people and not just for the moments of pleasure they might provide a paying customer. Sex is a wonderful thing and the world's eight billion population is proof that many agree with that statement. Objectifying a Women only for the purposes of sex rather than recognizing her in a holistic sense and really loving her for those qualities is the downfall of any society that strays in a direction that exploits her without remembering her greatest features. Women are really beautiful creatures for certain. So let us know it and that you value us. Sex is one of the languages of love. Who wants small talk when they're trying to speak in the language of romance? I mean if you want her, then want her for her mind and being as much as for her body. Again that's me quoting my boss. Heylyn Yates. Ai Yuanlin Ying. You know what her name means in her native tongue of Chinese? It means great love. I believe it.
For those trafficked into this sort of thing from afar, they are usually misled and upon arriving are slowly lured into sex trade to pay for the service of having representation during their citizenship hearings. If they don't work in this way to pay for that service, they're reported to immigration and deported as I said in the last entry in my Diary. So it is rare that any of them make trouble. Keep in mind that not everybody who comes here ends up in this predicament. Only a very small percentage who happen onto the radar of these traffickers. The ones who do just do what they have to do and hope for the best. The ones that don't end up working sex trade might end up working low income jobs like producing the counterfeit clothing that drew Heylyn's attention to this operation. The traffickers don't want attention because most people from this city and others in North America would trounce them. Unfortunately building a case against them is very difficult business and that's where we come in.
We've arranged to relay our intel to the private investigation service. They in turn will give it to the authorities who are working on building a case. We'll have the best of the best in Police watching over us just in case, though I suspect we'll be capable of handling ourselves. They don't know the part about our... ahem... abilities. We're not planning to use them seeing as they're bound partly to our costumes though we've undergone a similar transformation that Alicia went through. She called it the Osmosis of Quantum Transmogrification (I just copied that from one her notes to us because I could not have remembered it otherwise). It means basically, that if our powers take a few months to wind down after we've worn our costumes. This effect becomes more pronounced the more we wear our costumes so our powers are almost a part of us now. So we should be safe in in a crunch.
So that's it I guess. I hope that this is not the last entry that I write ever. We're leaving in about three hours. That's after a workout together and one last game of tennis. We love playing that as it keeps us on our toes. Then we're into our cover clothing which is a bit dirty and tacky but it will be perfect for the mission. Then we're to jump on board a recently arrived boat at one of the major ports and mix in with the cattle.
Wish us luck! 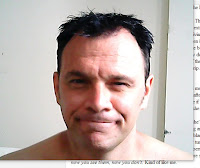